“I recently had the pleasure of experiencing firsthand the professionalism, attention to detail and 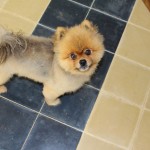 passion that Angela and her team at World Pet Travel subscribe to.

My partner and I emigrated from South Africa to Costa Rica – a very long and arduous journey for our two dogs and two cats. The day before they were due to arrive, I received a call from Angela questioning the paperwork that had been sent to her from the company handling the pets departure from South Africa. Angela had picked up that the dogs vaccines were incomplete and the cats certificates did not have a government seal on them. I was shocked as the animals were already in the air, on their way to Miami. It was a really devastating feeling, as we had paid a lot of money to ensure that our precious animal companions would arrive as promised. 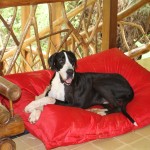 Angela immediately took control of the situation. She let me know that it would be possible for the animals to board in Miami while her team sorted out the missing vaccines and the incomplete documentation. This took a week in total, as the animals needed to visit the vet again and then wait for import permits to be issued. I was in contact via Skype and phone with Angela the whole time as she sorted everything out and kept me updated. I received pictures of my pets from Miami which was wonderful and I could see that they were doing well. Angela also sent me all the info regarding the place where the animals were staying. All of these actions together turned a very stressful and worrying situation into one where I was confident that my pets were being well cared for during their layover in Miami. We even started to joke that the pets were having a holiday on the way to us! 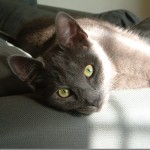 We knew exactly what was going on and where our animals were at each moment. Her team in Costa Rica called us as soon as they had collected them from the airport and the driver called us twice on his way to deliver them to our door.

After quite an ordeal, our family was reunited and we will all be forever thankful for the amazing service we received from Angela and World Pet Travel.”

Wishing you all the best for the future. (Not that you need it, because you are already the best!)