Moving pets to Seoul Korea is can be an ordeal when an individual that has never handled pet relocation tries to take on the task alone.  This is especially difficult if a family is trying to relocate themselves at the same time.

Nadia, Patches and Nicholas have a family that have moved around the world several times and know how difficult pet moves can be.  Particularly when you have large pets and more than one pet to move. 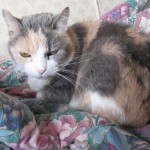 This week Nadia, Patches and Nicolas returned to Seoul South Korea after spending several months in the US tending to a dying Aunt.  As a result of this death, the family inherited and adopted Aunt’s 14 year old cat, Patches,  who has now joined them in Korea.

Weather was cooperative in Chicago and the move went very smoothly.  The family is all back in Seoul now with dad until their assignment is complete then it is time to begin the journey home to the US again. 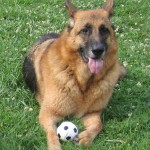 What BEAUTIFUL ANIMALS these are and such a pleasure to work with!!!